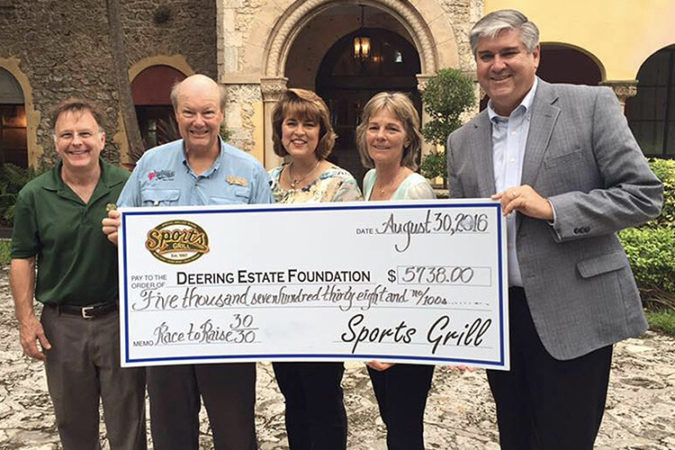 Located along the edge of Biscayne Bay, the 444-acre Deering Estate is an environmental, archaeological and historical preserve. From canoe tours to butterfly walks and guided nature hikes, the Deering Estate has diverse activities for the whole family to enjoy.

Eric and Lori Haas, founders of Sports Grill at the original location on Sunset Drive, have been involved with the Estate for more than 20 years with Eric, as 2013-2014 Deering Estate President. Lori is a founding member of the 100 Ladies of Deering and their 1st President, a group of women dedicated to the preservation of the Deering Estate.

Eric’s work with the Deering Seafood Festival began in 2004 and is the centerpiece of a cornucopia of culinary delights featuring Florida’s freshest fish and seafood, and Sports Grill as the only “Land Lubber” fare available.

Written by author and preservationist Becky Roper Matkov, and produced by Emmy Award winning director Carl Kesser, the half-hour long film is a project of the 100 Ladies of Deering, a philanthropic circle of the non-profit Deering Estate Foundation, Inc. 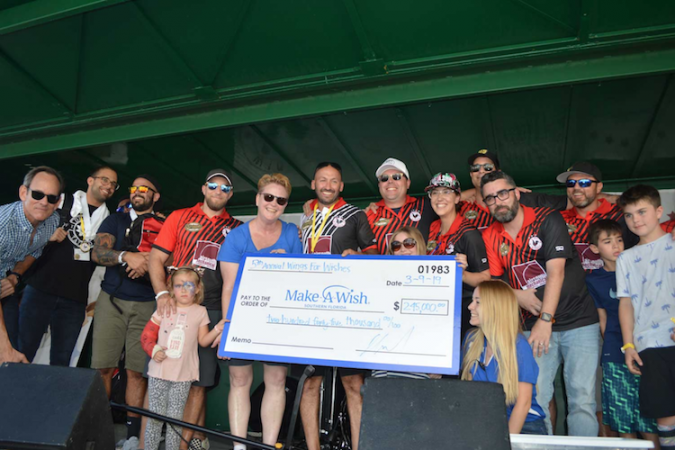 Our 2019 event was larger and more successful than ever and we were able to raise $250,000, 50 Wishes for Children with life threatening illnesses – the LARGEST EVENT DONATION EVER held by an organization outside of Make-A-Wish in South Florida.

The event took place behind Sports Grill South Miami and was in a ‘block party’ format with wing contest by 7 local restaurants in addition to the crowd-favorite wing eating competition. There were a total of 10 tasting stations so patrons were able to pair their food and desserts with a variety of different craft beers and wine. The afternoon featured live music, a DJ, and fun events for kids and adults alike. 100% of the proceeds benefit Make-A-Wish Southern Florida.